After a comfortable night in the tent, I woke to find everything just as wet as though it had rained. A heavy dew resting over the tent, I headed into the village to buy some bread for breakfast, hoping things would dry by the time I returned.  They didn’t. So after packing up the tent wet, I headed out on the road towards Mon.

I’d ridden about 40km when I started to smell tyre rubber, and checked the tyres to find everything in fine condition.  Five minutes later I passed a Renault Clio stopped on the side of the road, a rear tyre shredded.  I turned around and rode back to see if the driver needed a hand, and found a dismayed lady looking at the tyre.  I explained that I didn’t speak French, but I could help, which she was glad to hear.  And in five minutes I had the spare installed and was inflating it from the bike pump.
The owner was exceptionally thankful, and insisted that we continue to the next town, so that she could buy me a drink.

After a Coke, and a chat in a combination English-French, we headed off in different directions, with many “merci beaucoup” being showered on me.  She had a great observation “our life is so short, we must fill it with small, kind experiences”. True words said.

I continued onto the stunning town of Tournai, where I had parked in the main square, to try and pickup some Wi-Fi, when I was approached by Thierry and his wife, who owned the restaurant that I’d parked near.  They wanted to know if I had any problem with the bike.  When I explained everything was ok, they said, “well, join us for lunch!”.  So I enjoyed lunch together with them, talking moto stories from Thierry’s rides in Africa. 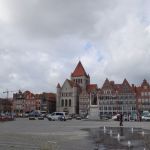 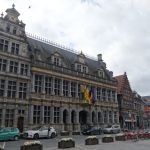 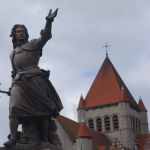 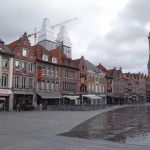 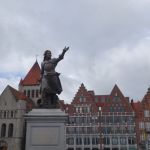 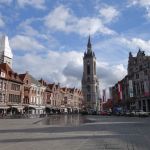 From Tournai, I made good time and crossed into France at the probably least impressive border so far. A small, faded sign marking the border. From where I hopped on the freeway and cruised into Dunkirk. 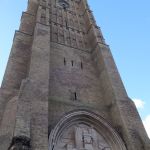 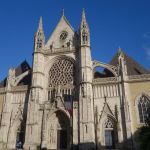 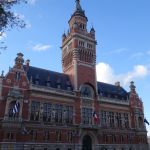 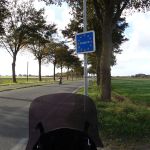 After locating a hotel, I walked the beachfront and found a restaurant with a huge pot of the best mussels I’ve ever eaten, together with fries and a Grimbagen beer, topping off the day. 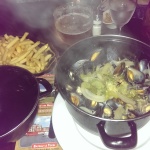 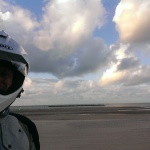 I’m now on the cusp of crossing into England by ferry tomorrow.  In the morning, I’ll change back to the other side of the road, after 6 months riding on the right side.  I’ll enter my first English speaking country in 7 months.  I’ve reached the end of the continuous landmass from Singapore.  Two more ferries, and Ireland.