I had a great night last night, catching up with Eliza and Fabian at their apartment in Bastogne, where they so kindly hosted me.  Fabian cooked and we enjoyed a few Belgian beers and a good French Chardonnay.

With a stunning blue sky beckoning, I loaded the bike and rode out through the valleys of the Ardene, passing through beautiful little villages with castles and rivers.   The road winding along with yellow autumn leaves showering down onto the road.  There were hundreds of other bikes out, enjoying the great day. 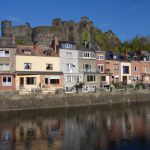 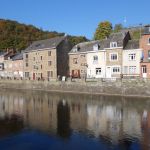 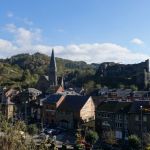 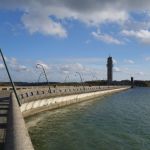 After a stop for lunch in one of the villages, I had a last minute change of direction, when I saw a sign pointing towards Chimay.  I’ve always enjoyed the Chimay brewed beers, and thought it wise to head that way to check out the brewery.
On arriving in Chimay, I looked around for the brewery, but could not locate it (later I found out it is in the next village!) But Chimay had some great buildings, so I decided to stay the night, at the camp site almost in the centre of town.  It’s basic, but cheap.  Camping seemed wise as the weather was still great, warm and clear, although I had only just finished setting up the tent, when dark clouds appeared from nowhere, and it started to rain. 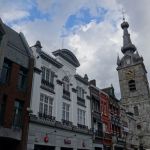 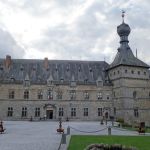 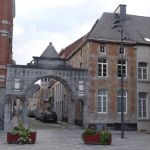 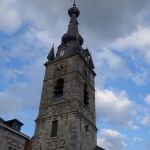 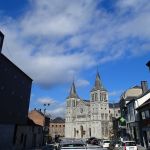 After a bite to eat and a refreshing Chimay Blanche, it was the time to retire for the night, cool but not too cold, yet.