My original plan was to cross into Bulgaria directly from Turkey, but after looking at the map, it was a more direct and shorter route to transit through Greece, so I headed to the Greek border, and probably one of the easiest border crossings yet.  5 minutes of processing, and that was only because I needed to get off the bike to buy insurance, otherwise I would have been able to ride straight in. 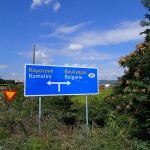 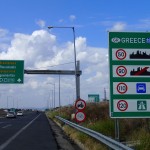 I stopped in the town of Komotini for lunch, and listened to the kebab seller telling me how the Greek economy is stuffed, and did I know any way he could get out to Australia.

Thirty minutes later I was at the Bulgarian border, handed over my passport and in less than three minutes had been stamped out of Greece and into Bulgaria, without even getting off the bike.  European border controls are a blessing.

It was a cool 15’C over the mountain pass in Bulgaria, but great roads and wonderful scenery appeared.  I realise that I much prefer green and it is great to be back in the forests and mountains again.

Arriving in Plovdiv, a very cool town, I went to explore the ancient Roman ruins before heading in for an early night. 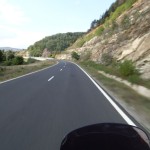 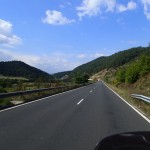 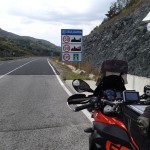 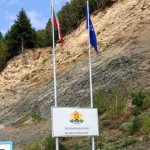