This mornings ride was boring, semi-industrial town after semi-industrial town, and the guide for some strange reason kept driving into the centre of the towns, and into thick traffic, rather than using the bypass roads that skirted the edge of each town.  This means it takes a significantly longer time to get anywhere, and also means spending hours fighting traffic.   After we stopped for lunch, and they got lost again leaving town (and my GPS was showing exactly which way to go) I split.

Initially planning to use the national road 180, but I made a decision to take a chance and try and get onto the freeway where motorbikes are not allowed.  As it turns out, this time I was able to easily sneak past the toll gates, no one saw me and yelled at me, as they had in the past, and I was now cruising on a beautiful two lane expressway.  After about 20 minutes, I realised I had not seen a single other vehicle on the road, and wondered if I had entered onto a new and unopened road, it was so quiet. 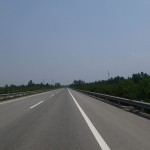 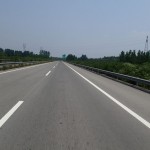 Finally the road looped onto another and as I headed down the ramp onto the next freeway, I saw a cop car and thought my game was up.  But they didn’t turn their lights or siren on, and so I continued on, overtaking the cops and reaching Pingyao almost 2hrs before the guide.

I stopped for fuel, and went through the whole teapot hassle of filling up again, playing games with the service station attendants, pretending I didn’t understand what they wanted when the ask me to move the bike two metres forward so they can use the teapot, asking them why do they want to make tea in a dirty teapot, etc, etc.  All in good humour, but it is a crazy rule, and doesn’t apply at every service station.  It is truly bizarre.   Once the teapot madness was complete I sat and had a cool drink with the staff, chatting in symbols, before riding into town, locating the hotel and parking in the courtyard. 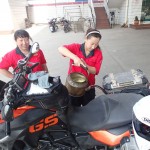 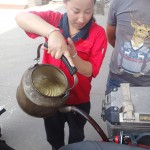 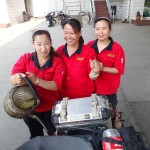 The afternoon was spent exploring the beautiful walled city of Pingyao, which has thankfully been left as it is, without too many tourist shops, and plenty of little backlanes where local people are going about their usual chores. A great little town. 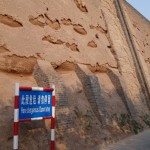 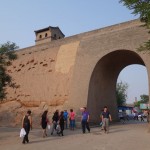 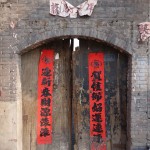 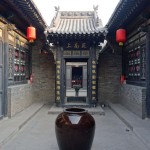 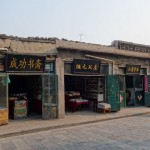 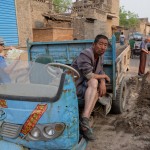 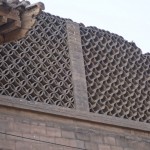 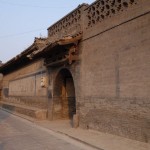 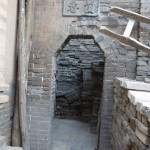 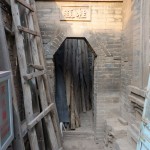 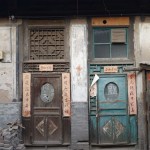 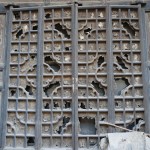 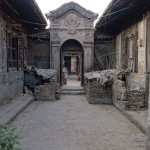 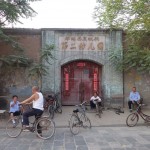 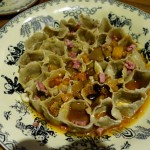 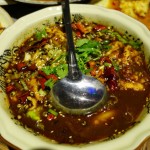 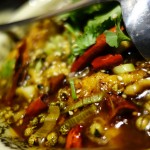 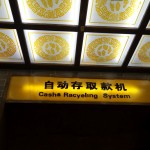 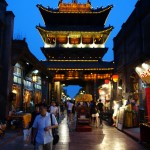 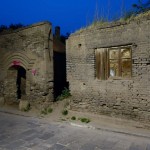 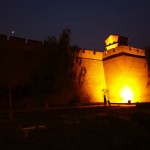