The town of Osh sits only 800M above sea level.  I rode out of town on the M41, Pamir Highway headed for Sary Tash, at 3200M.
The road climbed gradually into the mountains for the first 150km, before ascending steeply to the highest pass at 3600M before Sary Tash.  A fresh dusting of snow covered the peaks and made the view even more magnificent. 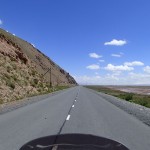 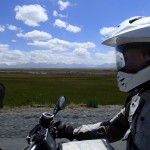 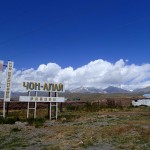 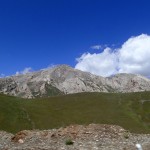 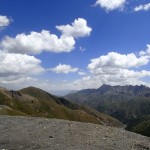 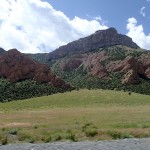 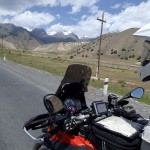 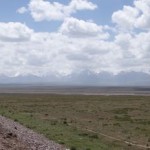 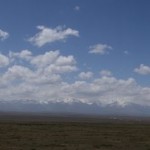 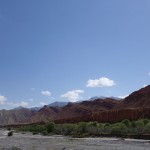 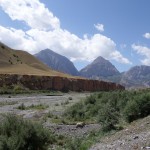 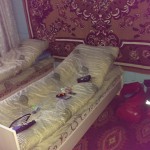 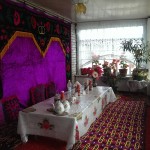 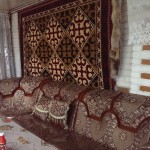 As I passed each yurt or village, every child from age 3 up, would smile and wave frantically, often dropping what they were carrying to wave with both hands.  It was a very welcoming scene.
Although strangely, while all the kids waved happily, often they would then throw rocks at me as I rode past.  Sometimes they would even throw 1.25L PET Coke bottles at my wheels, the bottles filled with stones!   I was fortunate not to have been hit.  It was very strange behavior.  They did not appear to be doing this with malice, their faces didn’t show that they genuinely intended to hurt me, but had one of these rocks hit its target, it would not have been good.   I’m completely lost as to why they do this, and I didn’t stop to ask.

I reached Sary Tash early, thanks to the road being so good, but they only had 93 octane at the one petrol station in town, so I rode an extra 60km to Sary Muhgrub as I’d been told they had 95 there.  When I got there, the pump was broken, so they only had 80 octane available. So I turned back around to Sary Tash and filled up with 93, augmented with a dash of octane booster from the bottle that I’d been carrying for the last 24,000km!

I found a very basic guesthouse, for 250 som.  50 som extra if you want a shower, but I decided to forego the wash, as the shower consisted of a milk pail, suspended over a slat timber box outside. The pail to be filled with hot water, although the box outdoors in the icy breeze would ensure I’d be frozen in seconds.
Sary Tash is a small, bleak town just before the Tajikistan border, it seems to exist for not much other than supporting travelers headed north, or south on the Pamir Highway.  Tomorrow, I’ll be riding up to 4655M, so tonight is an easy night of acclimatising to altitude and rest before the real challenge tomorrow. 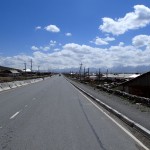 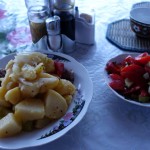 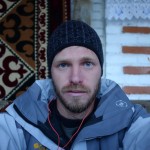 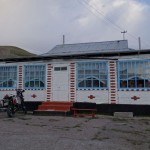 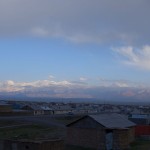 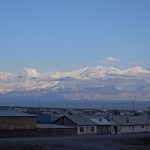 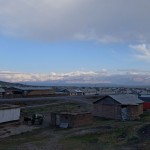 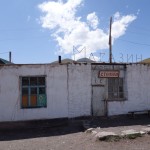 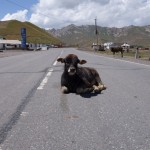 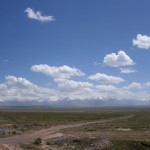 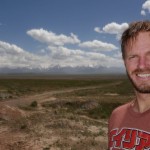 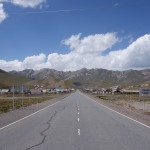 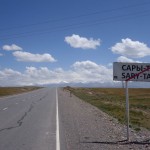 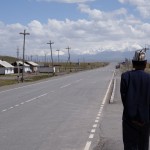 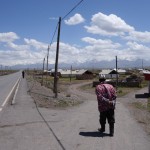 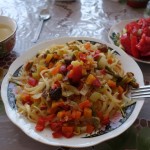