I set out from Horley along the backroads and lanes in the drizzling English rain, towards Stonehenge.   After a stop for coffee and fuel for the bike I rode the last 60km and arrived at the historic Stonehenge site.

I decided that the walk would be good, so instead of taking the bus I walked the 20 minutes up the hill, of course it started to rain again once I was halfway, but I plodded on in the dampness.

The site is quite amazing, despite the huge numbers of tourists, and the freeway running right alongside (what were they thinking??)
The scale of the stones and the concept of bringing these stones overland from Wales without mechanization, is truly mind boggling. 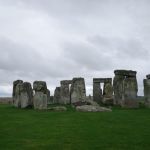 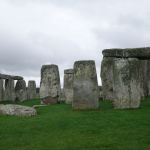 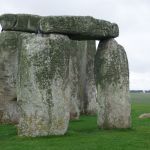 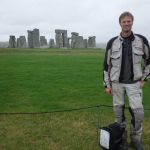 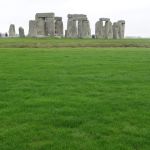 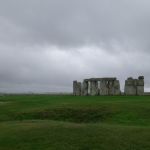 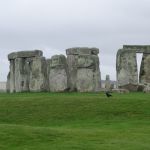 So after appreciating Stonehenge, I made my way to Warminster, and as it started to pelt down rain, I stopped outside a pub, the Bell Hotel, and enquired of a room, which they were able to avail me with, after they had warned me that they had a big party going on tonight and it would be very noisy until late. With the rain soaking, I decided I had little choice, and checked in. And after a quick shower, headed out for a bite to eat at the quiet(er) pub next door.