I woke to a beautifully clear morning, not a cloud in the sky following yesterdays downpour, so I quickly packed the bike and headed north to the Romanian border, where the Danube separates Bulgaria & Romania. 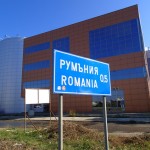 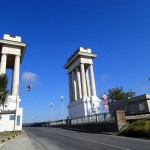 On reaching the border, the Bulgarian border police officer immediately said to me “I know you.  I saw you two days ago”    I thought I had done something wrong again, and was about to find out I had run from a cop accidentally or something stupid.   I gave him a blank look, and he said “Yes, I know you. I saw you two days ago at Buzludzha mountain. We were on quad bikes!”   It was then I recalled seeing these guys riding at the mountain at the same time I was there.   He called one of the other cops over, and told him also that they had seen me a few days earlier.  We all shook hands, and my passport was stamped and I was on my way again.

The next hour was spent riding along country roads and through small Romanian villages.  The economic difference between Bulgaria and Romania was very evident, with most people getting around either on foot or by horse and cart. (or donkey)

The little villages were very picturesque, alot of the homes had a small bench built along the front fence and often the residents would just be sitting there chatting and watching the townsfolk go by.

I stopped to take a photo of an Orthodox church, and was just getting back on the bike when I saw a man crossing the road, moving towards me very quickly.  In his right hand he had a large meat cleaver raised in the air, and it was clear he was swinging it for me.  The look in his eyes was terrifying, he was viciously angry and appeared determined to kill me.  I’d never had someone look at me in that way. It was frightening.   I revved the bike and dumped the clutch, escaping with my heart racing, and narrowly missing him.   I have no idea why he was so violently angry, but fortunately all ended ok, and five minutes later I was passing children in the street who were waving and happy, as the adrenaline pumping through my system subsided. 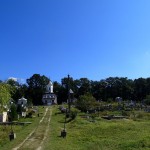 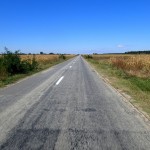 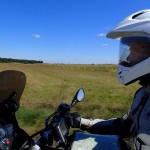 I reached the start of the Transfagarasan Highway, and parked at a hotel nestled in the valley by the river.  There was a castle on a steep peak nearby, and after a climb of 1480 steps, I reached the top and the view around.   The castle was used by Vlad the Impaler, as a secure base.  Vlad was known for impaling his enemies on wooden stakes, in such a way that they would not immediately die, but suffer for upto 48 hours.   Nice people in Romania. 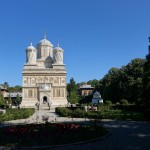 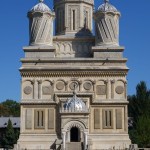 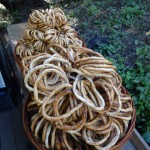 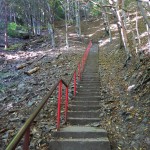 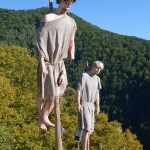 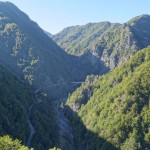 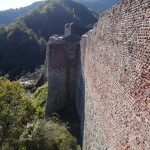 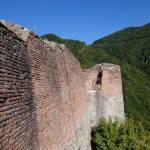 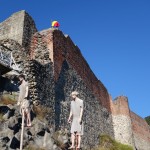 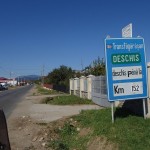 I climbed back down the 1480 steps and set to work fixing the headlight ballast that has been malfunctioning in cold weather for the last few months, replacing it with a Russian model that should be well equipped for cold.  It is 8’C this evening and expected to reach zero overnight.