I started out on the Transfagarasan early, the temperature was just 2℃ when I left the hotel, but the newly installed Russian ballast for the HID headlight worked, and fired up first go, despite the cold temperature. I probably should have fixed that months ago.

I crossed the huge dam wall, and weaved through the valley, trying to get some warmth and grip into the tyres before the mountain ascent.
Climbing up the pass, the view was brilliant and I stopped often to enjoy the view and snap photos.  A short rest at the top, before I decided to ride back down the south side of the mountain again, just for fun, before returning to the peak, more photos, then descending the magnificent curves down the mountain.
I had to take a bit of care, as there was ice on the road, making it a little treacherous.
I really enjoyed the fast lower sections of the road, where the camber was perfect and I could really open the throttle. 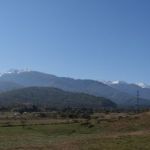 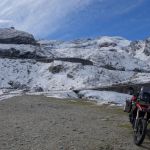 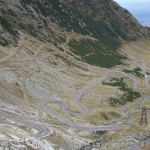 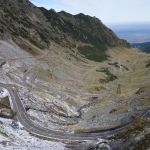 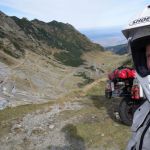 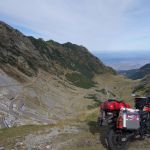 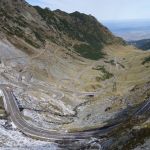 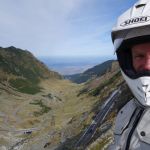 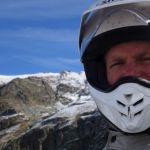 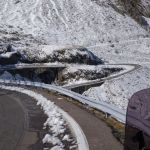 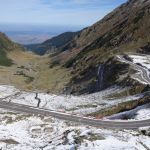 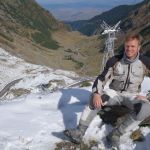 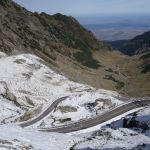 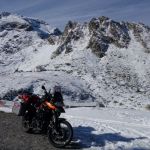 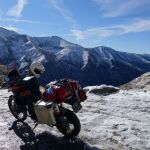 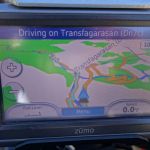 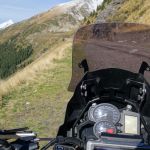 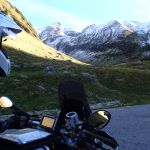 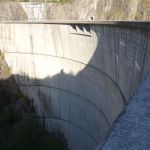 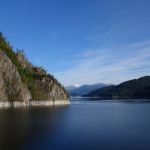 I’d heard from a couple of Slovakian riders, that the Transalpina was just as good a road as the Transfagarasan, so I created a loop, and rode that also. In fact, in some ways it was a more enjoyable ride, long fast corners linked together through the forests. There were a few sections of dirt, which discouraged the sportsbike crew from exploring this magnificent road. 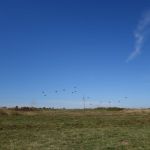 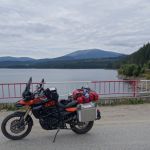 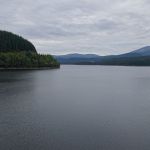 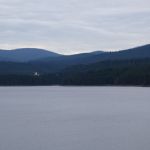 On reaching Iscroni, I struggled to find a suitable hotel, they were all charging way, way too much. I rode out of town and finally spotted a basic hotel in the forest that had just been renovated. The smell of fresh paint was less than appealing, but the price was right and it was spotlessly clean. It’s one major failing was that they had forgotten to put the light globes back in after the reno. After I explained this (by charades) to the front desk, a single globe was found and installed in one of the light fittings, giving just enough light to illuminate half the room. It was satisfactory though, and after dinner in the restaurant (crappy) I headed to bed.