I woke up to this fabulous view in the morning, of a truck parking lot, a heating building and the last of my maps of China. 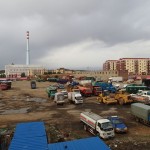 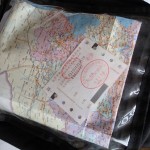 It was a cool morning leaving Ulanqab, and breakfast consisted of just two steamed mutton dumplings and a little yak milk tea. 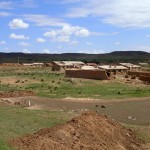 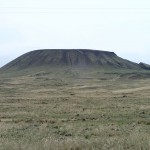 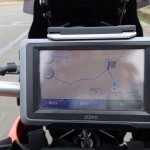 Eventually the road passed over a small hill to reveal a massive open landscape, the horizon reaching out forever, with occasional cumulus clouds in brilliant white on the blue sky backdrop. It was an amazing sight, and I smiled so hard in my helmet at the beauty and space, it caused some mild dampness in the corner of my eyes. It is great to be back in nature. 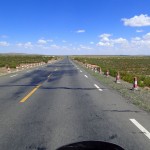 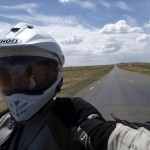 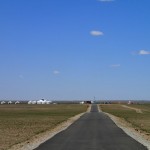 The road was mostly straight, all day, as there was little in the way of obstacles that would force the road to alter direction. But the open space also meant no obstacles for the wind, and there was a fearce breeze from the west that had me riding sideways for hours, fighting to keep the bike from being pushed off the road by the strong wind.

Arriving in Erenhot, all the signs are now in three languages, none of which I can read, although the Cyrillic script is somewhat less foreign to me. The Mongolian script, while beautiful is a complete mystery to me, and I’m yet to be able to distinguish even one character from another. 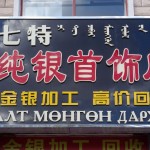 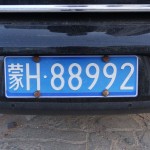 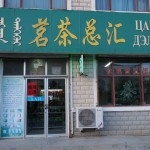 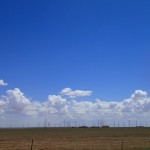 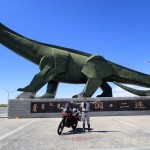 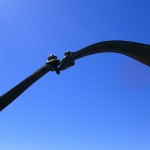 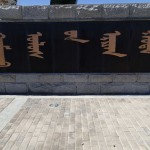 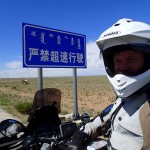 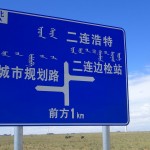 I competed a few checks on the bike, repacked the gear and am now ready to cross the border to Mongolia tomorrow. Exciting times. I was reviewing the maps in my room tonight, when I got a knock on the door. On investigating, there were two young ladies standing at the door, one trying to say something to me, which I understood as “seekseelardy” she repeated this a few times while the other girl chewed her gum. Finally she said “masssageh” and the penny dropped. I managed to convince them I didn’t need a massage, closed the door and heard them knock on the next door. I guess that’s what you call door-to-door sales.