The excellent guesthouse I stayed in last night was a historic house, made of mud bricks, with a lovely central courtyard where I enjoyed breakfast before packing the bike and riding off the roof where the hotel had suggested I park at night.

I stopped a few minutes later to buy a bottle of water, where there were three old blokes in the store, obviously all mates who hang out and chat at the store. They tried to get me to take 6×1.5L bottles of water, clearly impossible on the bike. Once we’d agreed I would take only one, they suggested I take the half a lamb that was hanging in the window. I declined that too, to much laughter. We all shook hands, and one of the guys asked me what I thought of Iran. I told him, and he said “Ok! But don’t visit America!”

Back on the road, I made good time on the fast roads, avoiding the usual erratic drivers. 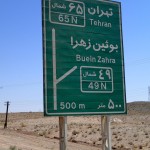 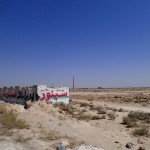 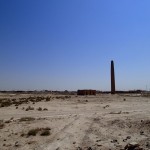 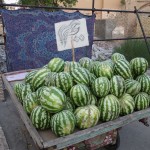 After a quick stop for beef shashlik lunch and hundreds of handshakes and photos with everyone in the restaurant, I reached Qazvin, parked up at the hotel and explored the city on foot. The beautiful Jame mosque and bazaar. 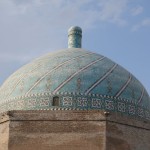 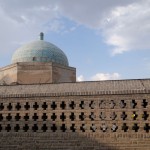 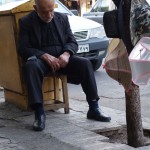 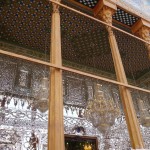 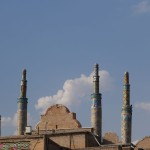 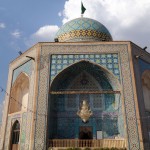 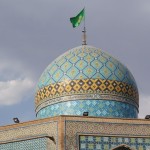 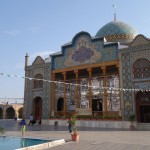 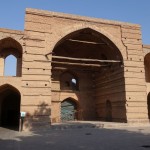 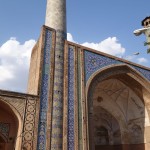 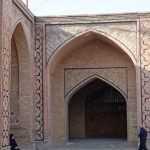 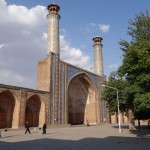 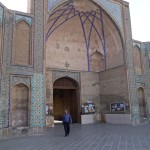